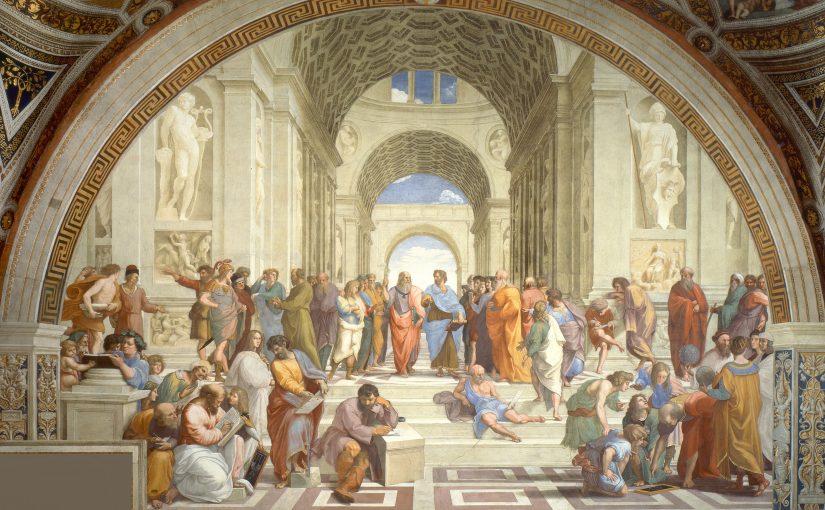 Around the breakfast table, in a beautiful nineteen-century-built wooden summer house in Öland, a friend of mine and I engaged in a fierce discussion about ethics. As is expected from such over-the-table talks, the discussion was anything but systematic. However, something specific was mentioned which has stayed with me ever since: A view that there can be an objective preference over consequential or categorical views on ethics, to the extent that denies the necessity of the other. My friend’s preference was the categorical view, but this is not the main point that I want to write about. The issue is that I do not think it is possible to have any objective preference over them, to the extent that denies the necessity of the other. This note is not a response to my friend’s view, but uses that discussion as an excuse to clarify my thoughts on this matter. My general position is like this:

There is no escape from neither the consequential nor the categorical view on ethics. Both views are essentially inseparable, as two sides of a coin. Surely, it is possible to treat them differently and play with their relation, but it is not possible to totally exclude any of them.

Before I explain why I think so, I need to clarify three basic points. First, I clarify that I am not talking about morality, but ethics. Second, I propose an important rule of thumb regarding all types of ethics. And third, I briefly define the consequential and categorical view on ethics.

Ethical and moral behavior
First, I should clarify that I am talking about “ethics” and not “morality”. Both words—moral and ethical—are used to describe the right or wrong human behavior. While there are many ways to distinguish them, I embrace a modern definition which considers moral as a behavior which is dictated by internal standards—that is, a subjective judgment of right or wrong action—and ethical as a behavior which is governed by external standards—that is, an objective judgment of right or wrong action. In this way, contradictory behaviors performed by different persons can all be equally moral, depending on how each of the doers interprets his behavior in his heart.

Practical and impractical ethics
Second, I believe that any meaningful ethical system should allow the possibility of serving as a guide for concrete ethical actions. This means an impossibly unrealistic ethical system which is irrelevant to the worldly actions, is either counter-productive or inherently unethical—or both. For example, a hypothetical ethical system that concludes “the only ethical act is to indefinitely stay at one’s home” is really saying that there is no practical way to act ethically. It is inviting people to act unethically (go outside of their homes) which is self-contradictory, and if imposed is truly unethical. In short, although in seeking to devise ethical frameworks we are allowed to move into the domain of the abstract, but we should always maintain the relevance to the concrete and practical situations in which we are constantly faced and need to make decisions.

Consequential and categorical ethics
The consequential logic on ethics is based on the idea that it is the relative outcome of a behavior that matters. If having more apples is our aim, and we want to choose among two actions A and B which respectively lead to having 100 and 80 apples, then we should choose the A, because its consequence is better—more apples. So, in consequential reasoning, it is important to have an agreed upon view on what is a desirable, measurable, and comparable outcome. Once we have that, we can proceed to assess and compare different actions according to their outcome.

The categorical logic on ethics is based on the idea that the relative outcome of a behavior is not important, but what matters is its type—that is, its category. Some types of actions are OK, while some other types are not. For example, even if having more apples seems to be desirable by many, we should not choose among the actions A or B based on how many apples they yield. The selection should be principally based on their type: If A is of the OK type, then fine go for it, otherwise, forget it, even if it yields thousands of apples.

The problem with purely categorical ethical systems is their utter detachment from the practical circumstances. How can a human-based logic—we keep the discussion about the God aside—be able to define an absolute which is completely exempted from comparison and compromise vis-à-vis the alternatives, and yet pertains to every concrete circumstance? Such claims are typically the result of ignorance or arrogance—often both—and are vulnerable to dogmatism and totalitarianism. The purely categorical ethical systems are vulnerable to naivety, detachment from reality, and eventual impracticality; for example, if we give absolute ethical value to preserving the life of innocent citizens, then there is no practical way of allocating societal resources in an ethical way. Whatever short of allocating all the societal resources to curing the people with rare deceases will be unethical (how can you let them die?), but even doing so is also unethical, since people begin to die in other parts of society due to neglect. It appears to me that the only way to “fix” the flaws of purely categorical ethics is to complement them with consequential logic.

In conclude that as a general principle we need to unapologetically consider both consequential and categorical logics in all ethical discussions.